Healthy Easter Treats for Your Party 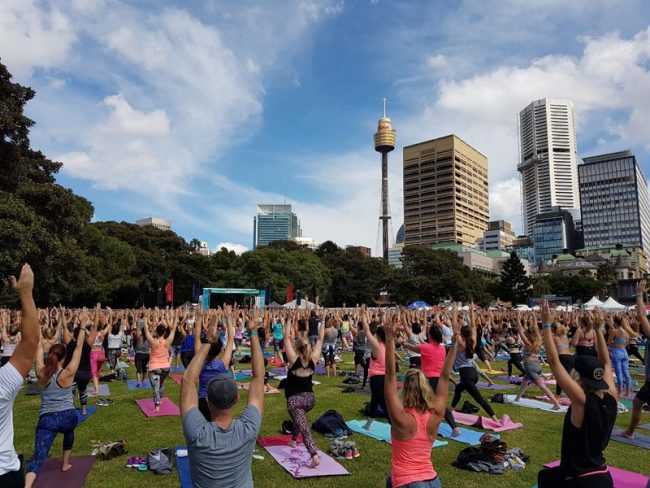 Once again, Jacque and Jonnie Halstead organized an inspired event… a big thank you to them for letting me take part!

On a hot sunny Saturday, nearly 2,000 people met in the Sydney Domain for an 8:45am kick-off to the world’s only mindful triathlon. This is not your everyday triathlon. Wanderlust 108 events consist of:

Wanderlusters were treated to a day packed with workshops and events surrounding the triathlon. There were sessions on some of the favourite festival yoga styles such as acro, hooping and aerial yoga.

Other sessions included clinics on yoga flow, posture and on tapping into the psoas muscles. And of course there’s the music, which set the tone for the day.

Wanderlust 108 offered doses of fun, along with inspired presenters, who shared solid material to help the general public experience a variety of yoga styles – from fitness to philosophy. This one day experience sent the punters home with body rinsed and heart opened, eager to spread the Wanderlust love.

I spent my time backstage connecting with the over two dozen talented presenters. For as little as $30, I have to say that attendees got some serious bang for their buck.

The first yoga session was led by Tahl Rinsky with Christian Ralston dropping beats on the decks. The meditation was led by Duncan Peak, accompanied by the electric guitar soundscapes of Arli Liberman.

From backstage I listened to Duncan Peak share his words of wisdom about opening our hearts and sharing love; I felt deeply emotionally moved. 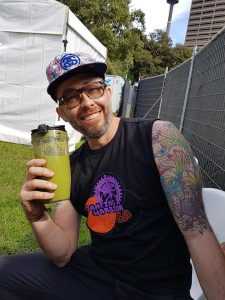 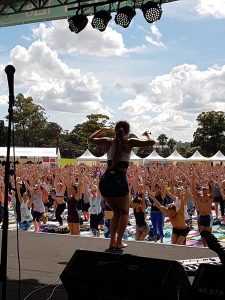 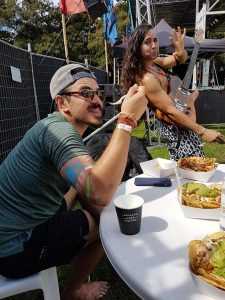 It occurred to me that close to 2,000 people were sitting quietly in meditation hearing those words. When the world harbours so much unconscious and hateful behaviour, it is a beautiful thing to find refuge in a public event which connects us to what really flippin’ matters – LOVE.

Love crosses all boundaries and borders, it doesn’t belong to a religion, or a race, or a gender.

Love is limitless and free and it lives within us all. 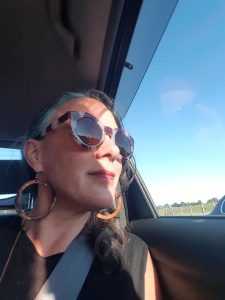 Persephone Singfield attended her first Wanderlust 108 in Sydney on April 8, 2017

I was curious how a festival that usually unfolds over four days could be packaged and presented in one day. Most importantly, would my love for yoga and the transformation it creates in people’s lives be captured or felt in a day?

What I learned is that, regardless of the amount of time we have to immerse ourselves, or whether we’ve ever had anything to do with yoga, the messaging remains the same. Yoga is about union in every sense of the word.

Events like Wanderlust 108 package an age-old practice and philosophy into a bite sized shiny gem, making it eye-catching to a wide demographic. It diffuses the concepts of connection, health and well-being to the public, which will hopefully spread to the greater population.

In a world full of disconnection and suffering, we need all the help we can get to stay present and care for ourselves and others.

Experience it for Yourself

Get yourself to a Wanderlust 108, which are being held all over the world. Take a day to replenish yourself with what’s on offer.

I take my hat off to the organisers who curate these events and make available to the public some of our most inspiring yoga teachers and their supporting crew. Beneath the stardom are incredible artists who practice what they preach and deliver inspiring experiences, lighting the way to the nearest exit out of our ego centred lives.

Click here to learn more or to purchase your tickets. 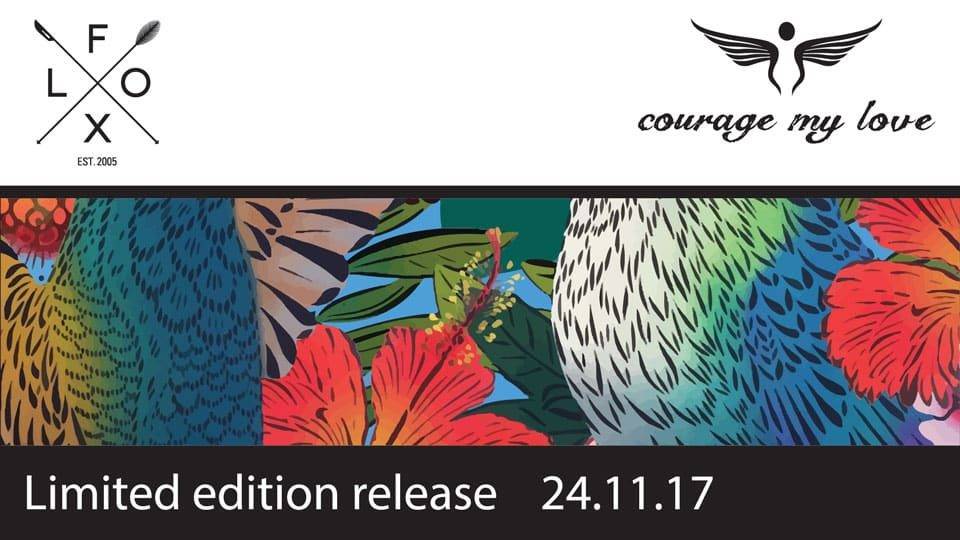 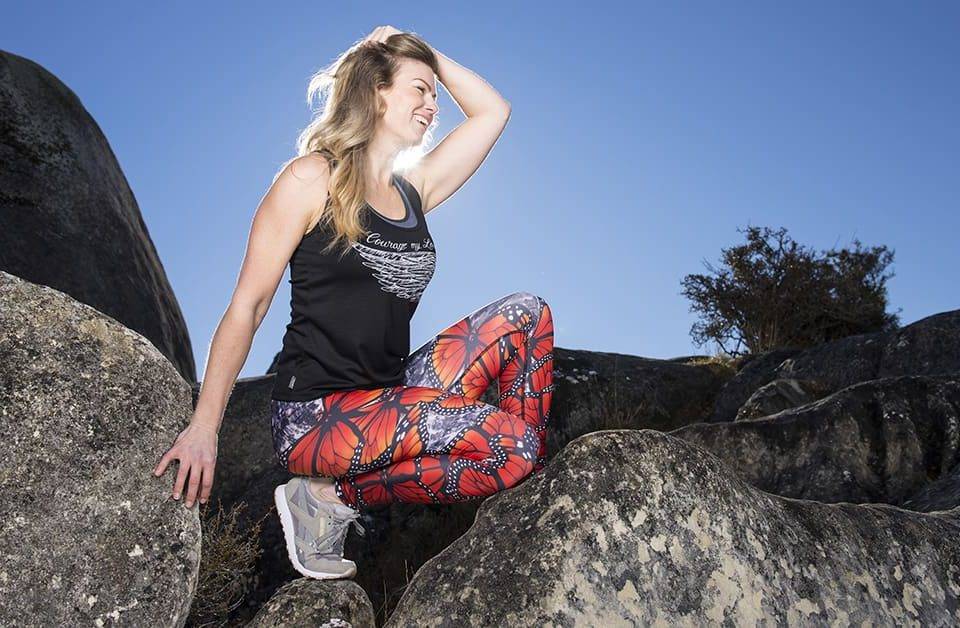 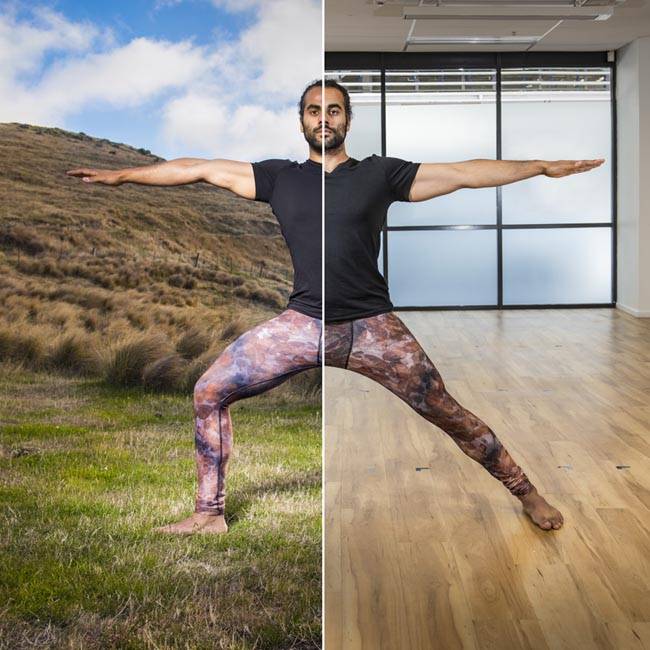 Don’t Miss Out on the Benefits of Yoga